Nuclear power will need to play an important role in the world’s shift to clean energy and in mitigating the effects of climate change, according to the United Nations Intergovernmental Panel on Climate Change. In fact, nuclear is the largest source of carbon-free electricity in the United States, enabling the country to avoid carbon dioxide emissions of more than 476 million metric tons a year.

Despite this environmental advantage, nuclear energy is hampered because it is not cost competitive with natural gas in the United States. In addition, its long deployment timelines have made it challenging as an attractive energy alternative. Kairos Power plans to change that with a disruptive new nuclear reactor technology that is lower in cost and faster to deploy. The company was founded in late 2016 by three university researchers as a commercial venture following more than a decade of U.S. Department of Energy funding to universities and national laboratories.

Most nuclear reactors today—and all operating commercial nuclear reactors in the United States—are cooled with water, which requires high pressure to prevent the water from vaporizing and losing its heat-transfer capability. In reactor accidents, pressure often cannot be maintained, causing water to evaporate, which heats up the core. In contrast, the Kairos Power fluoride salt-cooled high temperature reactor (KP-FHR) uses fluoride molten salt for cooling. Molten salt remains liquid between 500 and 1,400 degrees C without pressurization, which means it maintains superior heat transfer capability even at extremely high temperatures. The salt itself has excellent retention properties for radioactive materials resulting from fission in the reactor core. Kairos Power combines this design with a new type of fuel, tristructural isotropic (TRISO) fuel particles, which can withstand temperatures as high as 1,600 degrees C without melting. This combination of molten salt coolant, superior heat transfer, TRISO fuel, and a number of engineered features creates passive safety in a KP-FHR reactor, which contrasts with today’s nuclear reactors that require actively powered safety systems. 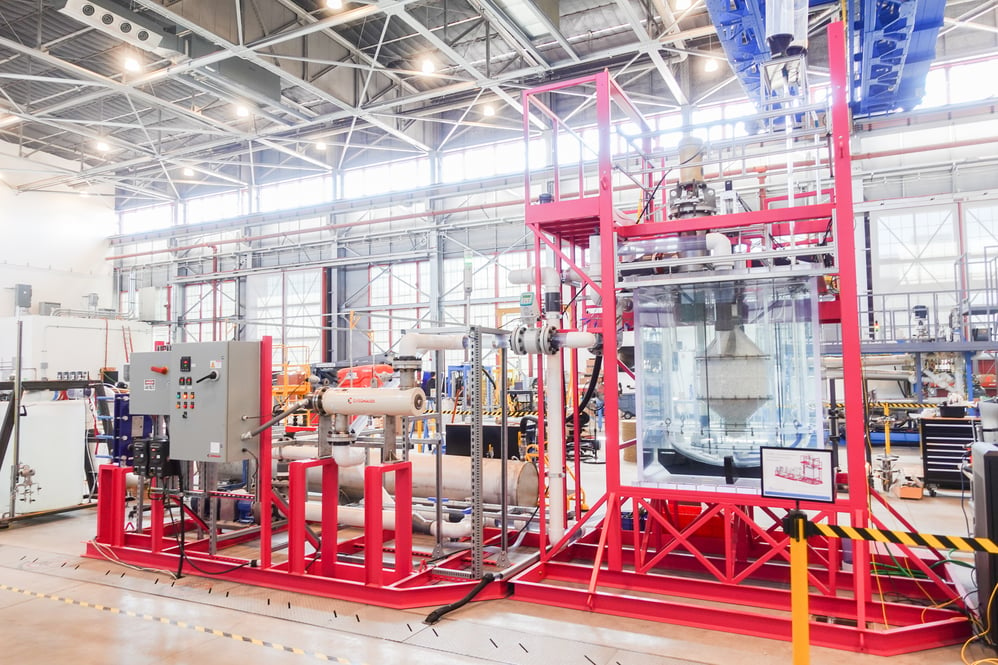 Kairos Power’s design promises to be lower cost than traditional reactors. Its passive safety systems require fewer components. The high heat capacity and low pressure of the molten salt means that the plant’s primary system can be compact and use thin-walled structures. This combination drives down the capital cost of the KP-FHR compared to conventional water-cooled reactors. Its optimized heat-exchanger design, coupled with a high-temperature reactor, drives efficiency up and operational cost down for each electron sent to the power grid.

“When we initially contacted JKI, we had nailed down few specifics beyond the general class of tests we wanted,” says Nicolas Zweibaum, Senior Manager of Engineering Testing at Kairos Power. “But JKI helped us to quickly develop tests, controlled through hardware via software they developed for us. Within three months of moving into our lab, we had our first component development test up and running without issues.”

Kairos Power wanted test hardware and software that could be developed and deployed rapidly, and also be easily customized for different types of tests. The software needed to communicate with hundreds of sensors and actuators via different industrial protocols like Modbus, as well as via NI’s data acquisition modules. That meant JKI’s Rapid Application Framework for LabVIEW (RAFL) and its Python interface was key. Kairos Power also wanted to become self-sufficient enough to develop its own test software and interfaces, so training was important. 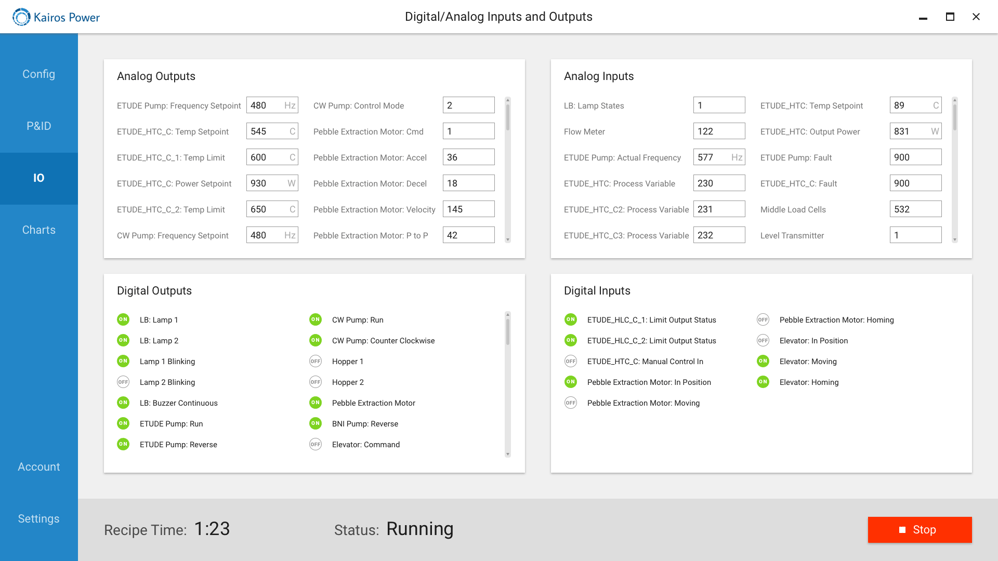 Specifically, Kairos Power required two types of testing: the first was validation tests, collecting extensive sets of physical data (such as temperatures, pressures, and fluid flow rates) from flow dynamics and heat transfer experiments to validate that computer simulations were accurate and could subsequently be scaled up to increasingly complex systems. The second was component development tests, which entailed looking at the mechanical behavior of novel plant systems under representative conditions, with automated controls and extensive instrumentation for system health monitoring.

Kairos Power uses reduced-scale models of the KP-FHR reactor core and heat exchangers to simulate the heat transfer behavior between fuel and coolant.  JKI helped Kairos Power select the control hardware that would communicate with and manage the various sensors and actuators in the system. Using JKI’s RAFL framework, JKI helped Kairos Power build the software that controls the experiments and gathers extensive data from instruments. As it was built using RAFL, the control and data acquisition code can be easily modified for various types of hardware and tests. 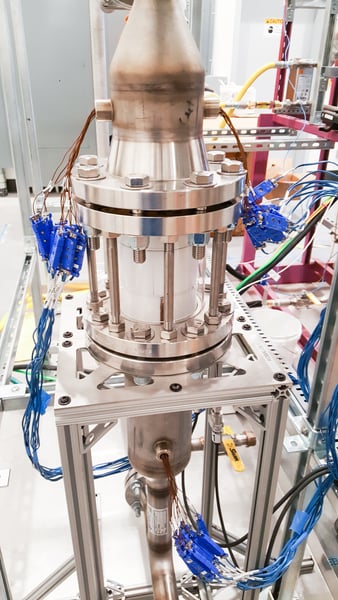 Kairos Power uses agile techniques to quickly develop prototype hardware, perform proof-of-concept test, evaluate, and iterate. For example, a key component of Kairos Power’s system is a machine that inserts and extracts the pebble fuel which feeds the reactor core. This automated system handles hundreds of thousands of fuel elements in a continuous process. Through rapid prototyping, JKI’s software helped Kairos Power fine-tune and improve the machine for maximum reliability. The software also helped Kairos Power develop and test the physical actuators that connect to control elements to safely shut down the KP-FHR plant.

The modularity of RAFL is particularly important in this type of testing, enabling Kairos Power to reconfigure test procedures, and to add or remove hardware without rewriting software. This continues to be key for rapid iteration. 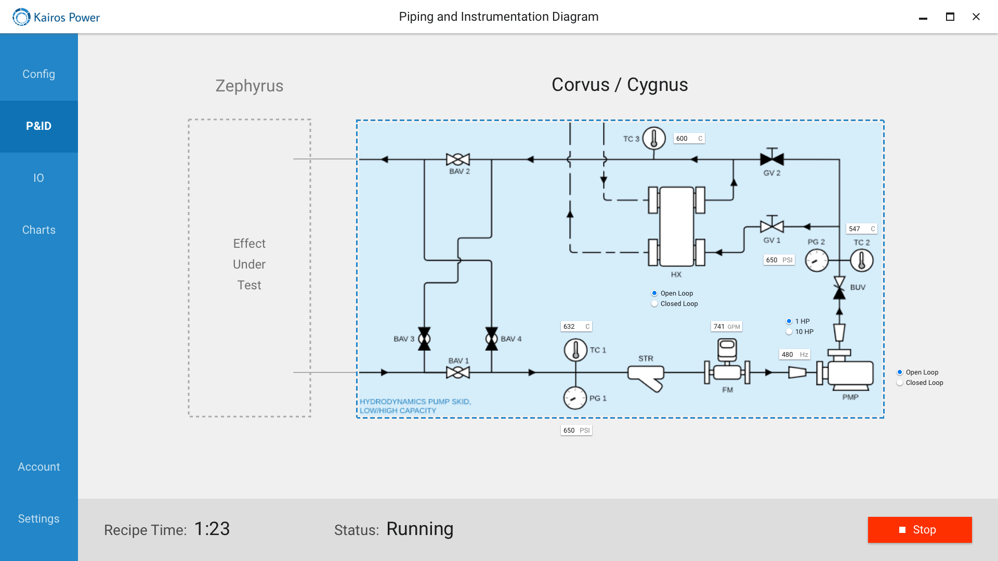 Today, Kairos Power develops most of its own test programming, with JKI playing a supporting role. “JKI built its software in a way that enabled us to apply it to future tests,” says Zweibaum. “The modular RAFL framework means we can apply this to future tests without much handholding.”

“JKI built its software in a way that enabled us to apply it to future tests. The modular RAFL framework means we can apply this to future tests without much handholding.”

Kairos Power continues to integrate more and more complex prototypes and is working towards a full-scale system for validation of its safety analysis codes, in preparation of applying for a nuclear reactor license with the U.S. Nuclear Regulatory Commission.

“With the help of JKI, we are starting to see the individual pieces coming together,” says Zweibaum. The next step is to test at a system level rather than just a component level, he says, to validate how everything works together to effectively transfer heat from the system. “That will be a key validation test to demonstrate our passive safety technology to the U.S. Nuclear Regulatory Commission.”

“In the R&D prototyping world, you need flexibility to create different recipes. With our RAFL framework, JKI designed the software in a way that allowed Kairos ultimate flexibility. They were able to take our modular software design and stitch together various individual components to create a new test system on their own, essentially from scratch.” -Sam Kaley, Senior Project Engineer, JKI