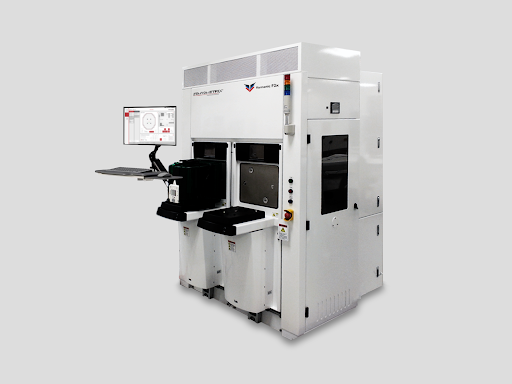 Interview with Alon Raphael, President and CEO of FemtoMetrix

The semiconductor-manufacturing industry has long had trouble measuring non-visible surface and subsurface defects in silicon wafer crystalline lattices. Existing defect tests were destructive, which limited testing to statistical, Nth-wafer lot sampling. In addition, these tests were slow, so they were neither economical nor practical to use on every production wafer. 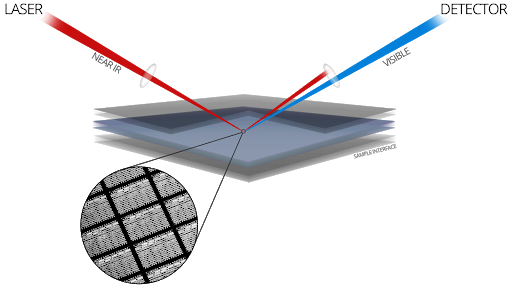 When FemtoMetrix hired JKI, it had an aggressive development schedule. Within the first 10 months of the relationship, JKI developed instrument-control, image processing, remote communication, and UI code for the system. The Harmonic F Metrology System was then delivered to the first customer.

In addition to software development, JKI overcame several engineering problems. For example, the synchronization between the beam shutter and the SHG detector was initially non-deterministic. That presented a problem for the metrology algorithm. This non-determinism was caused by the controlling PC. Microsoft Windows, the underlying operating system, is neither real-time nor deterministic and cannot be applied in this manner.

JKI overcame this problem by adding a LabVIEW-compatible, NI CompactRIO instrument controller, which is specifically designed for deterministic I/O control. The CompactRIO communicates with the PC over a network interface. With the addition of the CompactRIO controller, synchronization time was reduced to milliseconds, which is sufficient for the Harmonic F Metrology System’s needs.

To develop the system’s UI, JKI needed to learn the semiconductor manufacturer’s process workflow. That was the only way to create a UI that delivered essential visual feedback that made sense to process engineers. In addition, the software was required to work with semiconductor wafers whether or not they had actual fiducial markers (reference points). JKI’s development team created methods for working with real fiducials on patterned wafers and virtual fiducials on unpatterned wafers. The Harmonic F Metrology System now handles both.

JKI also added its proprietary RAFL object-oriented framework for LabVIEW, which permits LabVIEW developers to quickly create and maintain software systems by letting them focus on defining system and subsystem behavior and creating custom user interfaces without also having to worry about the most common features of professional software applications. . In addition, RAFL encourages IP reuse during software development. It’s one of JKI’s secret weapons for developing software.

These examples demonstrate several of JKI’s strengths. Not only can the company can quickly develop production software to order, but can also apply considerable engineering expertise to ensure that its code operates properly under all conditions.

During the development cycle, JKI’s assigned development team worked closely with FemtoMetrix, meeting with them daily.  That close cooperation was even more important when the prototype was deployed at the customer’s fab.

“The best relationships are ones that can be maintained through many challenges. What’s been great about JKI isn’t just their engineering expertise and its results, it’s also the fact that we were able to get there together. That’s not easy over an extended amount of time.  Their perseverance and willingness to stick with a difficult project over the long term is really a testament to JKI’s capabilities.”– Alon Raphael, CEO, FemtoMetrix

Here are the details of how JKI overcame several challenges:

Challenge 1: Getting from “proof of concept” to a fully operational system in 10 months.

FemtoMetrix needed to deliver an operational metrology system that would allow its customer’s process engineers to experiment with SHG defect testing by tweaking many parameters for various tests. When FemtoMetrix approached JKI, the company had a working proof of concept that was far removed from a deliverable metrology system. JKI’s first challenge was to work with FemtoMetrix to learn the workflow and fully understand the needs of these process engineers. In the process, JKI helped improve the quality and reliability of the system so customers would get results on a consistent basis.

“JKI was very adept at diving into the proof-of-concept software, efficiently extracting working pieces of code, and very effectively reworking that code to be object-oriented. That was a huge step for us.”

There were several engineering challenges. One was the lack of deterministic synchronization between the optical laser-beam shutter and the SHG sensor, which communicated with the rest of the system over a slow RS-232 serial interface. JKI added an NI CompactRIO instrument controller to the system’s hardware design to overcome the lack of determinism. A second engineering challenge was the need to address the laser beam’s intensity variation, which was caused by aging and temperature fluctuations. JKI improved the control algorithm for the beam intensity to compensate for the variability.

Next came one of the most difficult phases of the project. JKI worked with FemtoMetrix at its major customer in Korea to fully develop a production-ready tool. Once the tool was delivered to the production fab, the team observed and studied how it was being used by the customer. Over the course of more than a year, JKI worked to update the software and fine tune the hardware to ensure usability, reliability and robustness in a real-life production environment.

This process was grueling for all involved. “We arguably have developed the most complex product for the most complex industry in the world. We had extreme challenges,” says Alon Raphael, CEO FemtoMetrix. “JKI’s willingness to work hard to see a common vision through is what’s enabled us to get where we are today. They go beyond any other partner I’ve worked with.”

The final challenge was to simplify the UI. The initial interface was developed during the R&D phase and involved highly technical language and concepts. The interface contained many built-in controls for experimenting with all possible features and test parameters, enabling opportunities to tweak settings. Over the course of the year at the customer fab, JKI developed a simpler, production-ready UI designed for fab operators.  This involved studying the workflow to determine the best way to present information and options during the manufacturing process. JKI did this by working with the fab customer to understand its use cases, the specific terms it used in specific contexts, and how it ran its inspection process. 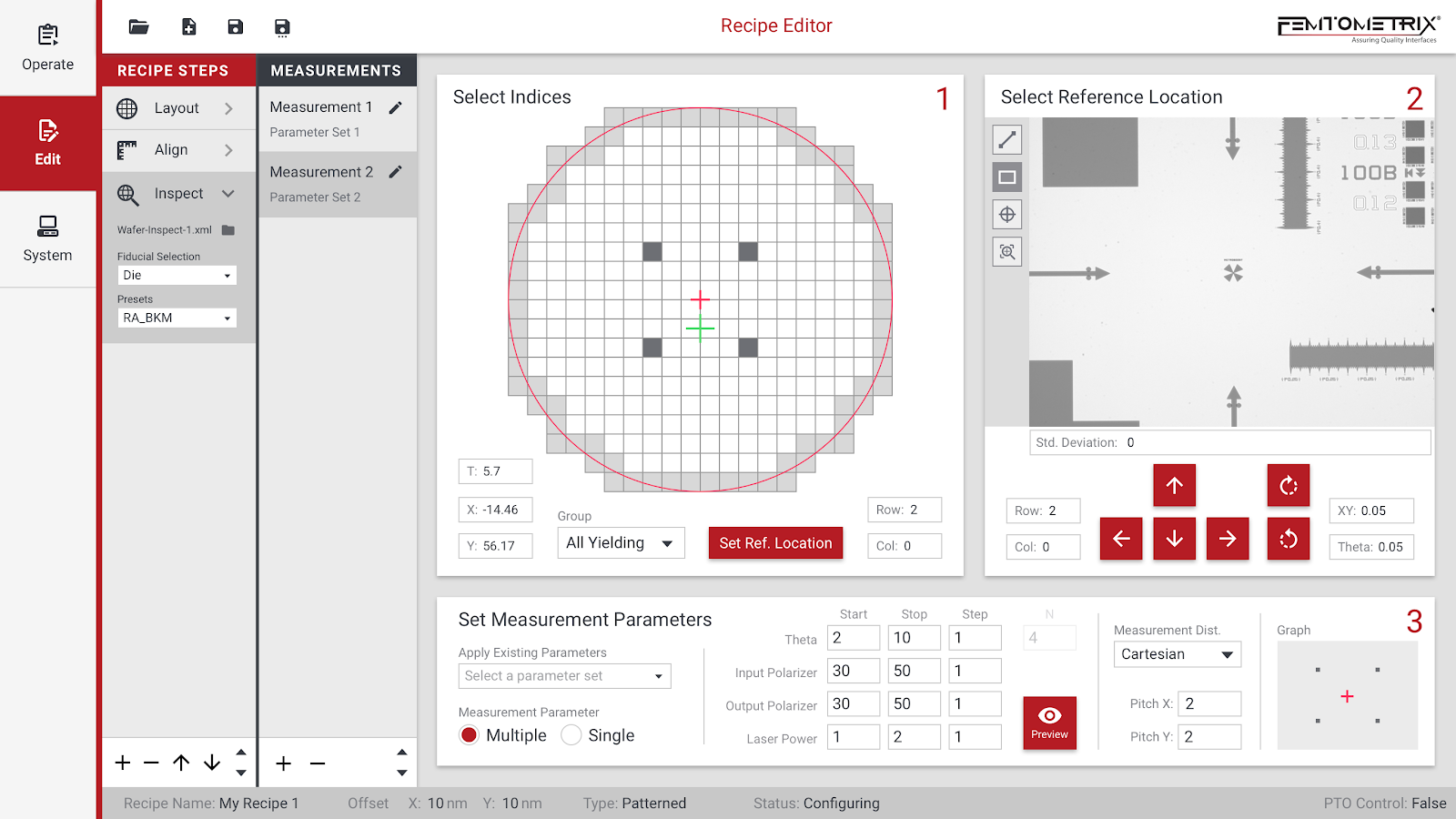 “We arguably have developed the most complex product for the most complex industry in the world. We had extreme challenges. JKI’s willingness to work hard to see a common vision through is what’s enabled us to get where we are today. They go beyond any other partner I’ve worked with."

JKI continues to work closely with FemtoMetrix to upgrade its system design, including developing new hardware to deliver more data and adding features based on customer feedback.

JKI’s experienced engineering team has the ability to enter the design process at any point in a product’s lifecycle, from inception, to production release, to continuing engineering and refinement. JKI can help bring a complex, quality product to market in a short time. JKI’s team uses its knowledge of diverse, cutting-edge technologies and its creative approach to developing systems and software and taking designs to the next level. JKI successfully transformed FemtoMetrix’s proof-of-concept system into a fully operational Harmonic F Metrology System and continues to work with FemtoMetrix and its customer to improve the system.

“JKI took on some very, very big challenges involving unique technical issues. JKI was able to understand them and integrate them in a way that really added value to the product. They took a very proactive approach to tackling the nuances of a very complex machine, and made it better."